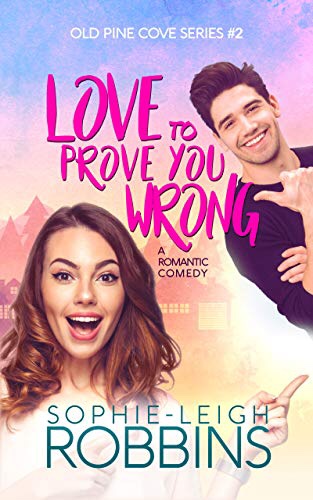 Love to Prove you Wrong by Sophie-Leigh Robbins 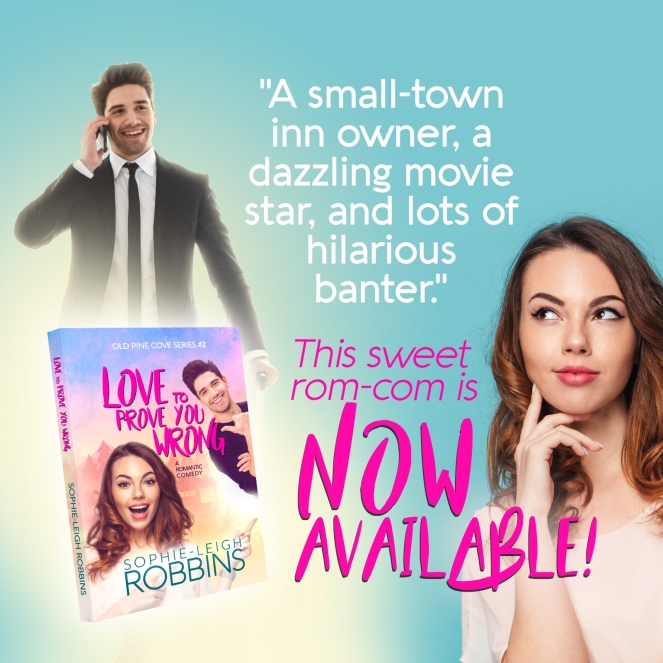 Hating the guy who ruined her confidence would be a lot easier if he wasn’t so freaking sexy.

For Addy, small-town life is just perfect. She’s about to expand her inn with ten new rooms and a petting zoo, and she’s helping the mayor’s son organize his wedding. If only her pet duck would stop escaping all the time, her days would be an absolute breeze.

But then Justin Miller shows up at Addy’s check-in desk. The guy went from small-town stud to lead actor in a popular series, and he’s behaving exactly like the celebrity he is. Smug grins, dimples to die for, and hordes of women chasing him all over town.

Addy has no intention of letting him in her life again—not after what happened in high school. So what if he keeps trying to prove he’s changed? No amount of helicopter rides and intimate outings will change the truth:

Justin Miller is nothing but trouble.

Love to Prove You Wrong is a sweet romantic comedy and the second book in the Old Pine Cove series. All books share the same setting, but each story features a different couple.

Love to Prove you Wrong is the second book in the Old Pine Cove series, this time starring the lovely and sweet Addy.

Addy runs the towns in and dreams of opening a petting zoo to accompany it. She’s stressed out between hosting a huge wedding and planning for the spring picnic. When on top of it her high school nemesis Justin returns to town for the wedding and stay on the down low now that he’s an actor.

Addy is still holding onto old wounds from high school while Justin wants to prove to her he’s not the same guy he was at 16. It’s a push and pull between the two through the story but they sure do make it engaging and interesting!

I couldn’t get enough of these two, I loved how much growth Justin’s Character showed and Addy is adorable. Sophie writes her characters so well you feel like you’re visiting old friends when you pick up one of her books.

Her characters are funny, witty and charming which are always a great combo. It’s an engaging and quick read once you start because you won’t want to put it down.

I cannot wait to read Olive’s story next! 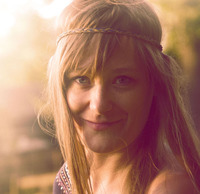 Sophie-Leigh Robbins writes feel-good Romantic Comedies. She grew up reading every book she could get her hands on, especially The Baby-Sitters Club. By the time she was 10 years old, she was having loads of fun writing her own stories.

At 23, she became a freelance writer for corporations, magazines and television. Sophie now works as a fulltime author and narrative game designer.