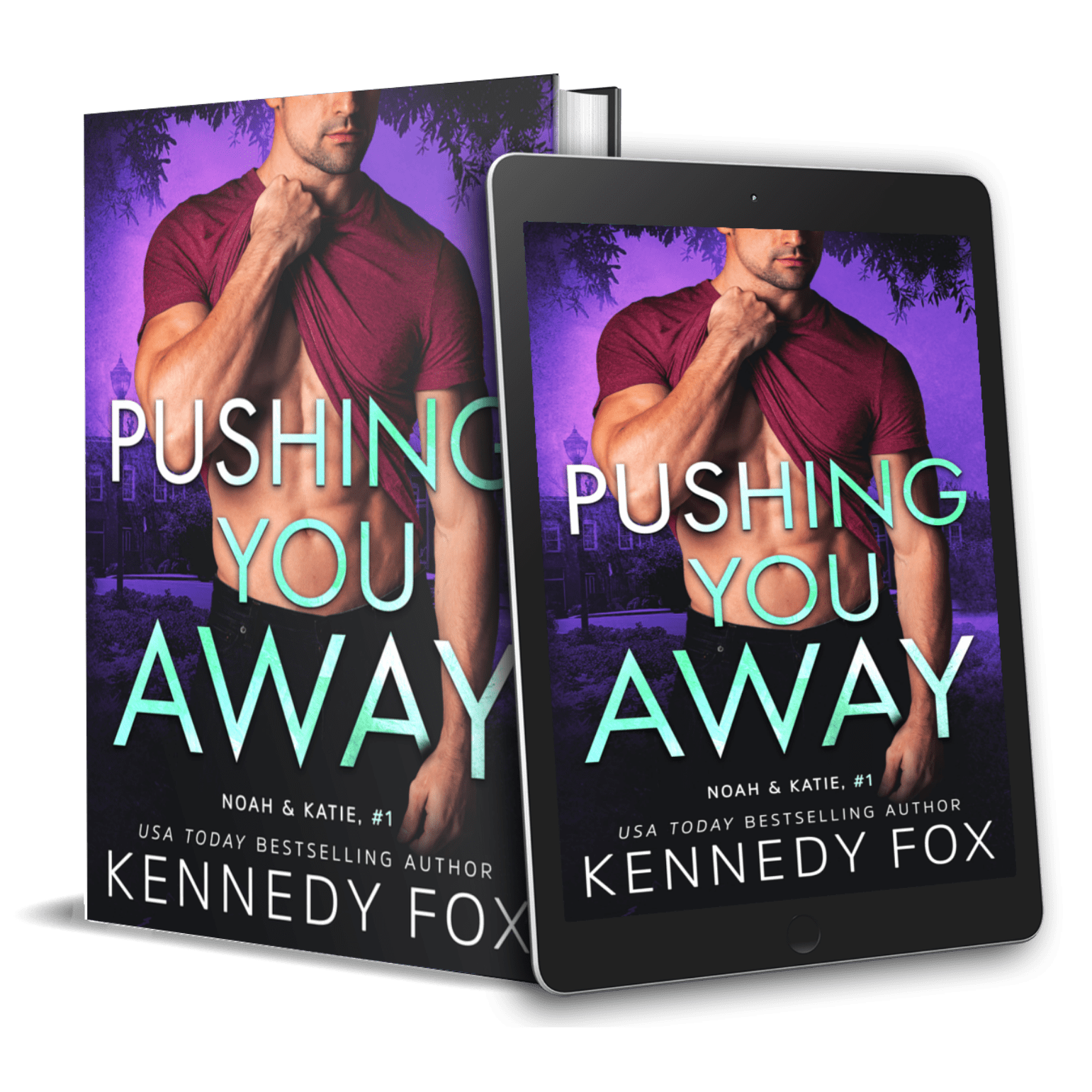 Pushing You Away is now available on all retailers!

I’ve been in love with my best friend Katie Walker for as long as I can remember. We may have shared our deepest, darkest secrets but that one I’ve kept to myself. Before I got the courage to confess my true feelings, my cousin Gabe moved to town and swept Katie off her feet.

I should’ve admitted how I felt but I couldn’t—especially once they got married.

When I caught Gabe cheating on his pregnant wife, I snapped. A deadly fight erupted and before I could comprehend what happened, I was charged with his murder and sent to prison.

The day I’m released, I go straight to Katie’s house. But after pushing her away for a decade while I was behind bars—she slams the door in my face—wanting nothing to do with me.

While she’s determined to pretend I don’t exist, this time I’m not going anywhere.

PUSHING YOU AWAY is a slow burn, angsty friends to lovers romance with lots of small-town, Southern drama. It’s book 1 in the Noah & Katie duet and must be read in order. 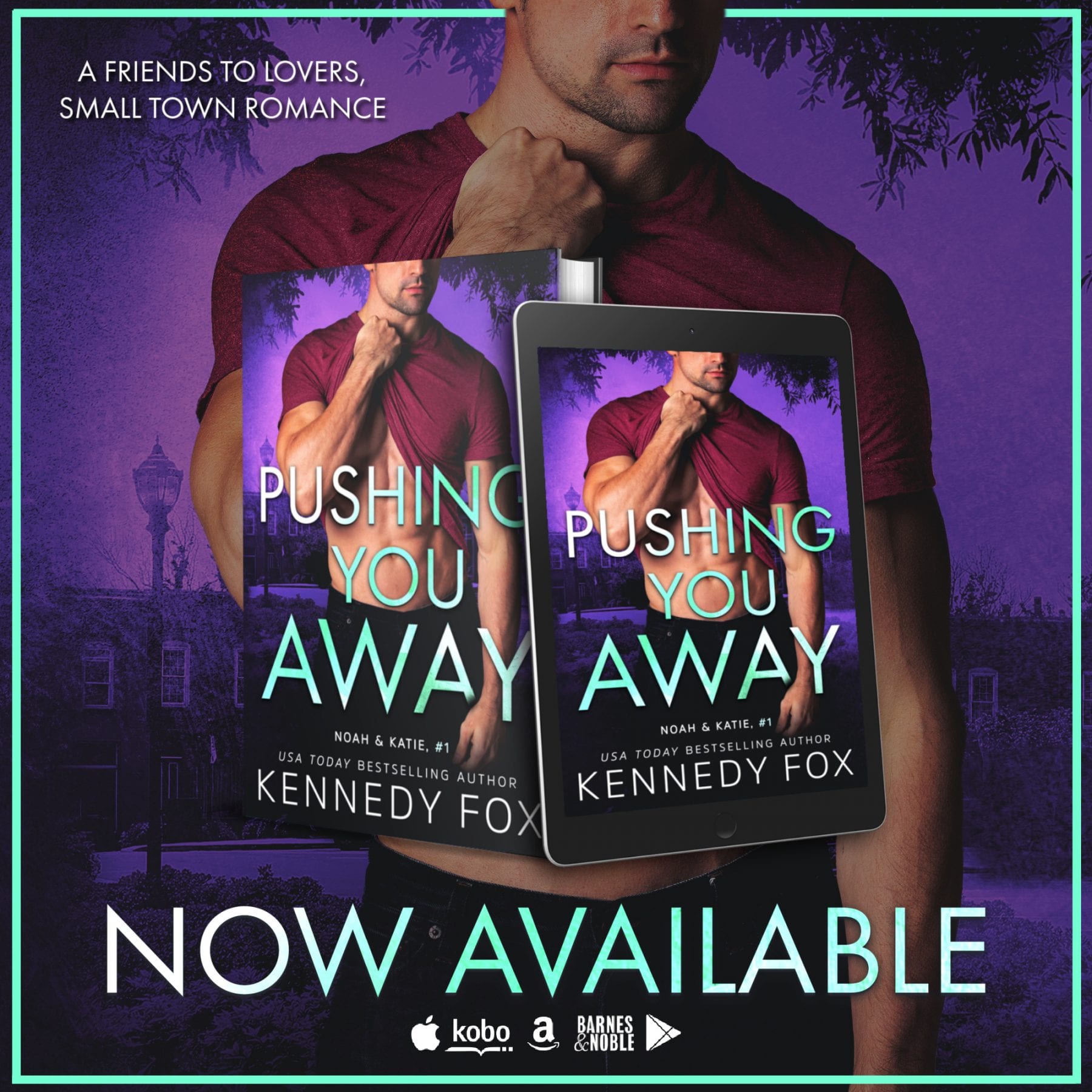 Pushing you Away is the 2nd standalone in the Ex Con series by KF That I’ve been anxiously waiting for. We first see pieces of Katie and Noah’s story when they were introduced in Gemma & Tyler’s book & I’ve been waiting since!

Their back story is certainly an interesting one too. Noah has just gotten out of prison after 10 years. Kaitie, his best friend who he’s also been in love with has been trying to write and visit him during his sentence. But Noah’s guilt causes him to ignore and push her away all these years.

Finally he’s out and wants to make amends for the wrongs he’s done, especially to Kaitie. But she’s over making time for him and just wants to be as far away from him as possible.

Noah was a sweetheart and I totally get his reasonings for why he pushed Kaitie away. While he needed to face justice he also faced trauma and punishing himself was what he thought was the way to deal with it.

Kaitie is a no nonsense single mom. She will literally do anything for her son and I loved how independent she was. I also enjoyed that she initially refused to deal with Noah, all though he deserved to grovel way more than he did. I thought she was way too quick to forgive him.

I love Katie and Noah’s characters. Although I have to admit I felt little to no chemistry between them for the majority of this book. They just don’t zing together the way most of KF’s characters do for me. This book also lacked in their typical steamy angst so that probably played a role in their connection for me. Even so I have no doubt that the second book will probably make up for it, especially since these guys had to be reacquainted after a decade apart. So I’m excited for book 2 and seeing how the chemistry progresses.

Although this one was both what I was & wasn’t expecting from KF, The suspense was on point as usual!! I always love how they throw little Easter eggs here and there That you don’t always catch. The storyline had me hooked and I read this book at lighting speed. & now the tid

e bit we got as a blurb for holding you close? Cannot wait to see how that plays out. 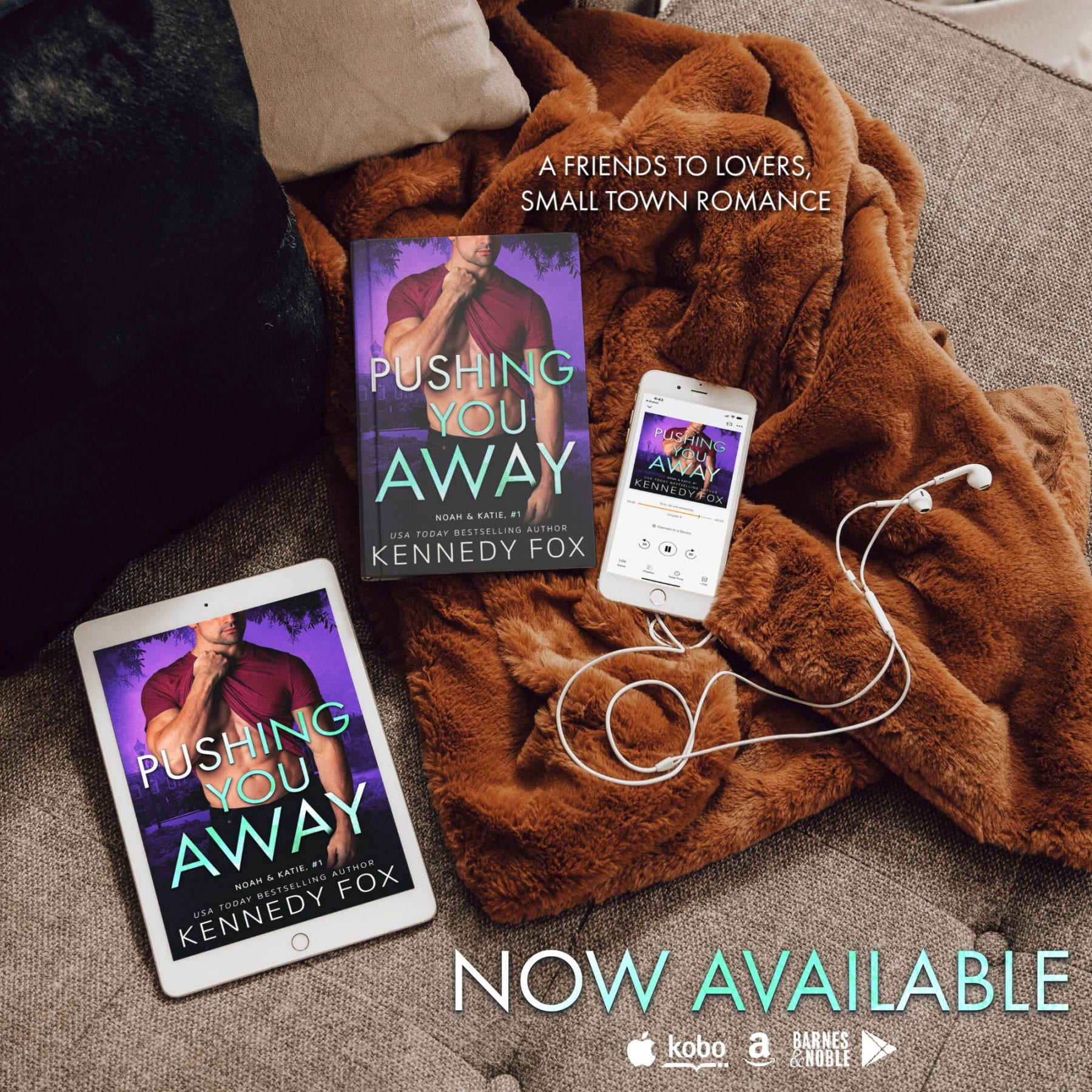 Meet Kennedy Fox
Brooke Cumberland and Lyra Parish are a duo of romance authors who teamed up under the USA Today pseudonym, Kennedy Fox. They share a love of Hallmark movies, overpriced coffee, and making TikToks. When they aren’t bonding over romantic comedies, they like to brainstorm new book ideas. One day in 2016, they decided to collaborate under a pseudonym and have some fun creating new characters that’ll make you blush and your heart melt. Happily ever afters guaranteed!
View our full reading order here
Connect with Kennedy Fox
Instagram | Twitter | Facebook | Website | Newsletter
TikTok: @brookekfox and @lyraparish