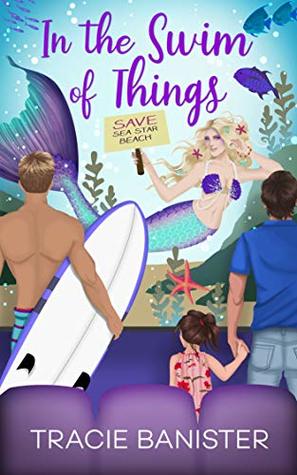 A sexy, sun-soaked tale about a tail-wearing girl who makes a lot of waves—perfect for fans of Lauren Layne, Meghan Quinn, and Christina Lauren.

Ocean-loving Kyra Goodwin had to give up her dream of becoming the female Jacques Cousteau in order to take care of her father and brother, but being a mermaid at the Cape Cod Aquarium is pretty fintastic as far as alternative careers go.

Of course, life as a half-fish/half-woman isn’t all sunken treasure and Ariel twirls. Kyra has to deal with perpetually pruney fingers, eyes irritated by saltwater, and bratty kids on the daily, plus her glam alter ego can make dating really weird. (So many men have pervy siren-of-the-sea fantasies!) When she meets hunky surfer Cade, and he’s into her without knowing what she does for a living, Kyra thinks she’s finally won the romance lottery.

Unfortunately, Kyra’s plans for a carefree summer of catching waves with her new boyfriend run aground when Sea Star Beach, a place that holds great sentimental value for her, is taken over by a big-city developer who wants to build an exclusive resort. Kyra’s crusade to save her beloved beach threatens both her job and her relationship with Cade as does her growing closeness with her irresistibly broody merwrangler, Declan, whose precocious daughter is intent on playing matchmaker.

When a new family drama arises just as Kyra receives an offer that would turn her greatest desire into reality, she’s torn. Will she do what’s expected of her, or dive in and follow her heart?

In the Swim of Things is my first book by Tracie and I’m SO glad I picked it up. Then again with a cover as cute as it is, and one hell of a synopsis how could I not? [oh yeah & because I’m a mermaid fanatic 😉]

ANYWAYYYY, Kyra the book’s heroine is a local on the Cape and is head mermaid at the aquarium. In her spare time from swimming with the fishes, Kyra is passionate about her family and the local beach which is about to become a private luxury resort. Permanently banning the locals from the beach and its beauty.

In addition to this Kyra grows closer to her “merwrangler” Declan as well as begins a relationship with a retired pro surfer; Cade. While it seems like a love-triangle, don’t let that deter you because it’s not one. Kyra’s life begins spiraling one event into another creating our plot for the story.

The book had a lot of different plot lines going on at once, normally something like that can feel excessive but Tracie’s writing does a great job making sure you’re not lost. It created more depth to Kyra’s life and those around her. I honestly felt it made the pages turn all the more faster. I was getting greedy for the full story and before I knew it I was finished.

Overall I AODRED this book. It was funny, sweet and exciting. I wish their was a sequel especially because I wanted more juicy scenes from a certain couple. I highly recommend this book if you’re looking for a fun and sweet page turner!

Other Books by Tracie Banister 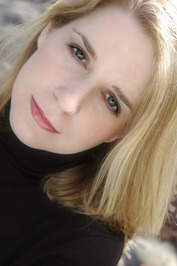 An avid reader and writer, Tracie Banister has been scribbling stories since she was a child, most of them featuring feisty heroines with complicated love lives like her favorite fictional protagonist Scarlett O’Hara. Her work was first seen on the stage of her elementary school, where her 4th grade class performed an original holiday play that she penned (Like all good divas-in-the-making, she, also, starred in and tried to direct the production.) Her dreams of authorial success were put on the backburner when she reached adulthood and discovered that she needed a “real” job in order to pay her bills. Her career as personal assistant to a local entrepreneur lasted for 12 years. When it ended, Tracie decided to follow her bliss and dedicate herself to writing full-time. Her debut novel, the Hollywood-themed BLAME IT ON THE FAME, was released in January, 2012. And she’s following that up with the fun summer read, IN NEED OF THERAPY.