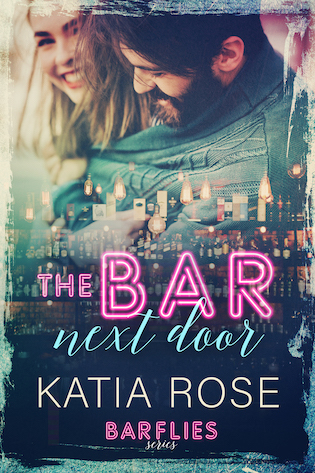 Sometimes you take the shot, and sometimes the shot takes you.

As the manager of Montreal’s most infamous dive bar, Monroe—and it’s just Monroe, thank you very much—is used to serving up her signature pearls of wisdom alongside an array of shots, pints, and pitchers. In fact, she thrives on it. Taverne Toulouse is a mighty ship, and she its fearless captain, trusted by patrons and bar staff alike to steer them through choppy waters.

If only she’d been given a little warning before a full-on tsunami swept in next door.

Julien Valois’ wining and dining empire is making waves. The next item on his agenda is opening a trendy lounge right next to Monroe’s beloved Taverne Toulouse—one that’s meant to run the dive bar out of business so he can buy up that property too.

His plans did not include falling for a five-foot-nothing brunette with an impressive vocabulary and an even more impressive ability to manhandle drunk frat boys twice her size.

They’re rivals in every sense of the word, but when Monroe and Julien are in a room together, the battle lines fade away. Their defences lower, their hearts get louder than their heads, and the burn between them goes down like just the right shot—intense, intoxicating, and able to sweep their priorities away with a single taste.

Until reality decides to slap up a big ‘For Sale’ sign and force them remember those priorities all too clearly.

The Bar Next Door is part of the Barflies trilogy, a series of standalone romantic comedies that follow the ups and downs of the staff at a Montreal dive bar.

My relationships have all been duds, just packs of seeds I hopefully sprinkle onto freshly tilled soil and nurture for weeks on end, only to watch some runty little weed poke its head up and then wither a few days later. My mother says I have a habit of taking on boyfriends as ‘projects’ and that I like to ‘seek fulfillment by helping others reach their potential instead of working toward my own.’

That’s what you get having a former psychologist for a mother.

The man in front of me doesn’t look like he needs any help on the road to Potential Town; everything about him announces he’s already there.

Roxanne’s declaration startles me back into the present. I realize we’ve both moved so close to the door we’ve almost got our noses against the glass. I step back and rip my gaze away from beardie to give her an incredulous look.

“You know that guy?”

She might as well have just told me she’s real tight with Zeus and that they hang out all the time on Mount Olympus. 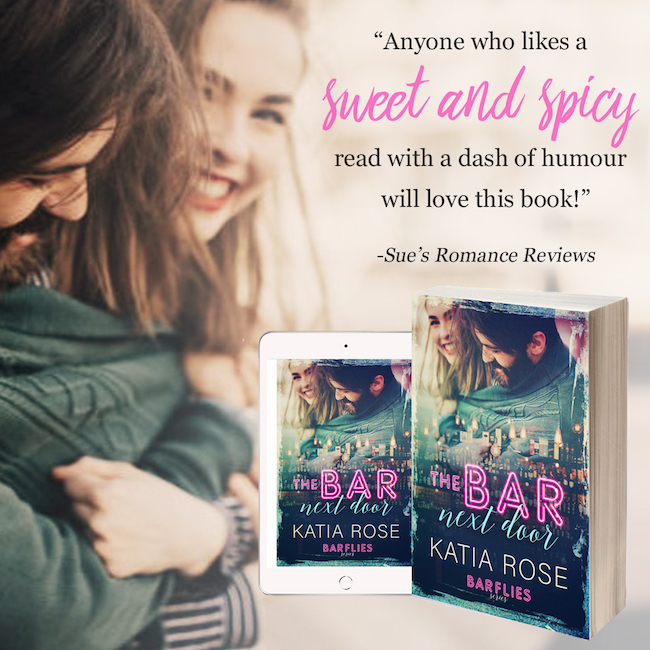 Katia Rose is not much of a Pina Colada person, but she does like getting caught in the rain. She prefers her romance served steamy with a side of smart, and is a sucker for quirky characters. A habit of jetting off to distant countries means she’s rarely in one place for very long, but she calls the frigid northland that is Canada home.