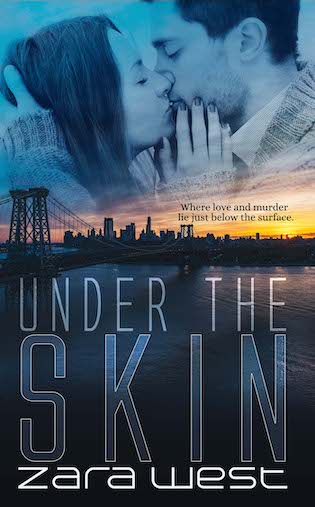 Can he save her before it’s too late?

Sal bounced into the kitchen and put the model bridge on the table and then dumped the plastic bag of toy soldiers on the tabletop.

Her mother gave Lena a hard look. “We will talk later. Right now, I have to get off my feet.” She headed toward her bedroom and then stopped. “Where did you get the pretty bridge, Sal?”

“Cielos.” She picked it up, rotated in her hands. “Got an inscription on the bottom. Looks like it was an award of some kind.” She handed it to Lena. “See if you can read it.”

Lena tipped the metal plate toward the light. “International Association of Architects, Best Bridge Design. Mircea Vargas.” Her stomach tightened. She hadn’t wanted to know the name of the man who’d saved her on the bridge and seen that her injuries were treated. Now she did.

It made her regret stealing from him even more. She handed it back to Sal.

Her mother tapped the tabletop. “What was that name?”

Lena put the dishes in the sink. “Mircea—I think that’s how you would say it—Vargas.”

“Yes. I remember. Such a weird first name. He was on the news.”

She smiled at her mother. “You watching television on the job, Mama?” It was one of things they razzed each other about.

“It’s one of the few perks I get. But that man. He was attacked this morning. He’s building a bridge across the Hudson and a mob pushed him down and trampled him. Took him away in an ambulance.”

Lena bit her lip. Must have been someone else. She’d left the townhouse mere hours ago. Her rich guy hadn’t looked injured.

Her mama shook her head. “Poor man. You should give it back. Imagine winning a big award like that. And now he’s hurt. It’s bad enough what you do. You shouldn’t take people’s treasures.”

A twinge of guilt ran through her. She clenched her fists and drove her fingernails into her palms until it hurt. That was exactly what she did. Stole people’s treasures.

And she would keep stealing them as long as she had to keep her family safe. 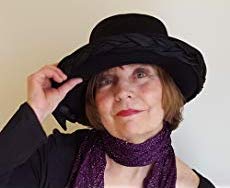 Zara West loves all things adventurous and heart-stopping as long as they lead to true love. Born in Williamsburg, Brooklyn, Zara spends winters in New York where the streets hum with life, summers in the Maritimes where the sea can be cruel, and the rest of the year anywhere inspiration for tales of suspense, mystery, and romance are plentiful.

An accomplished artist by training and passion, she brings a love of art to every book she writes. When not marooned on an island or chasing after Greek shepherds, Zara tends her organic herb garden, collects hats and cats, and whips up ethnic dishes for friends and family. Learn more at http://www.zarawestsuspense.com