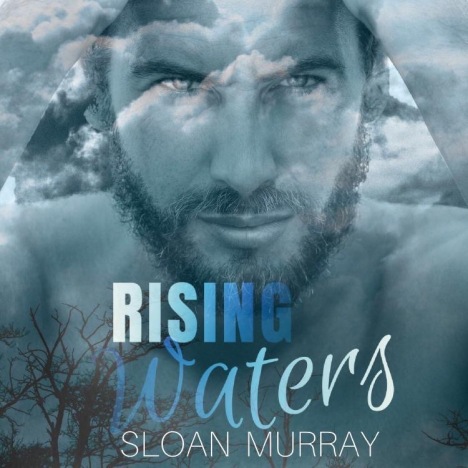 On August 25th, 2017, Hurricane Harvey made landfall 30 miles Northwest of Corpus Christi, Texas as a category 4 storm. It was the first major hurricane to strike the United States coast since 2005, and would bring record-setting rain and devastating flooding to an area the size of Maryland. By the end, more than a thousand homes were destroyed, and 107 people lay dead. It would be a storm the people of Texas would never forget.

I can’t believe I could be so stupid. What in the world was I thinking? I shouldn’t have stayed. What? Did I think that the hurricane wouldn’t dare touch me because this trailer was all I had left now that mom was gone?

I should have listened to Kyle. Gotten out while I still had the chance. The news was saying this was bad. Real bad. And it was only getting worse. Hurricane Harvey wasn’t going anywhere. Inch by inch the world was being pulled underwater.

And I was the idiot out in the thick of it, out in the middle of nowhere, my nearest neighbor a mile away.

I had been scared. That was what had kept me here. Fear. Fear that if I had gone to Kyle, a man I haven’t even met in person yet, that the fantasy we’d come to believe about us, about our love, would shatter. I wasn’t sure I could handle that.

Well, I should have faced my fears. Anything would have been better than this nightmare.

Because where I am, even Kyle can’t help me now.

If only the rain would stop…

Rising Waters was an emotional and riveting story about love and survival.

Shannon lives in Texas and about to experience one the worst hurricanes to ever hit her area. Having previously been through Katrina, she’s not worried. Shannon takes the risk of staying with her home and keeping the promise to her mother that they’d never abandon their home again.

Kyle is her online boyfriend, he’s terrified for her but Shannon assures him things will be fine. As the storm progresses through things get murky. It becomes a life or death situation and both Shannon & Kyle will need to make possible life-altering choices.

This is my first read by Sloan and I found her writing to be consuming. The book was slow at first but once the worst of the hurricane hit I couldn’t put it down. It was intense and suspenseful. I was biting my nails the whole time, truly worried for both Shannon and Kyle. I haven’t read many books with natural disaster themes such as this but I would definitely read more now. I enjoyed it so much, it was very different from other romance books & original.

While I enjoyed it I did have a few issues. I found Kyle and Shannon’s relationship to be sweet & mature (especially at the very ending) but their constant endearments were a little much for me. That was really the only thing that kept bothering me was reading “love” & “darling” so often. Other than that I would have liked to see more of them together right after the storm, of Shannon figuring out her life with what’s happened. Seeing them both deal with the aftermath while also figuring out life as a couple in person rather than virtual. Instead, we get 3-time jump epilogues that felt like 1 too many.

Overall I did enjoy this one, Its emotion really catches you especially during Shannon’s POV’s. I will definitely be looking forward to more of Sloan’s books in the future! 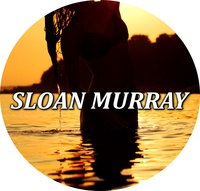 Just a country gal from Texas, Sloan Murray has been writing and reading romance stories since the time she was a little girl living on the outskirts of Houston. An avid fan of the genre, when she’s not busy working on her next novel, she can be found searching for her next great book boyfriend. Though she now lives in the heart of New York City, Sloan still spends as much time as she can outdoors, and can often be found writing on a bench somewhere in Central Park.

Her two other novels, Flash Photography and Rich In Love, can be found wherever Amazon books are sold. So…on Amazon 🙂

To keep up with all her latest releases and giveaways, be sure to sign up for Sloan’s romance newsletter. You won’t be disappointed!