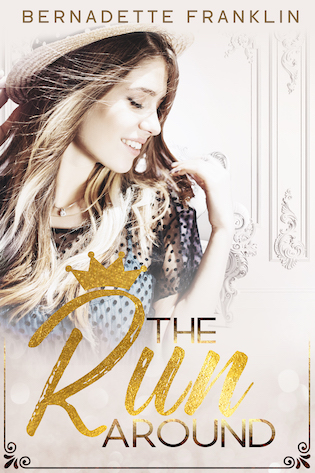 Arranging a wedding for her brother and a five-time thoroughbride tests Hope’s skills and patience. She’d believed the vows would be the most dangerous part of the ceremony, but a baseball to the head during the photography session proves her wrong and lands her in the sights of her brother’s best friend, Fredrick.

He wants her to plan his wedding.

She wants to be his bride.

Diving into the treacherous world of wedding planning, Hope keeps her word and arranges the vows for the one man she believes she could love. He doesn’t know how much she cherishes him and his friendship.

What she doesn’t know lands her in the heart of a royal mess.

A sensible woman would’ve been delighted to be her future sister-in-law’s maid of honor, as it implied cordial relationships or some sort of bullshit like that. I knew better.

I made an excellent scapegoat.

As the wedding party’s weakest link, everyone expected me to trip on my dress, maybe break an ankle along with my neck, or spill the entire wine fountain onto the floor. My brother claimed he loved me, but I believed he’d been the one to spread the rumor I was the world’s clumsiest woman.

When I secured my revenge, it would be sweet.

But first, I needed to survive my brother’s wedding without being responsible for a single hiccup. Playing to my brother’s misconceptions, I’d spent months tripping over nothing on purpose so I could transform myself into the image of traditional beauty and grace.

I’d even lost twenty pounds so my dress would fit.

The wedding would be a disaster, but I would emerge from the chaos smelling like roses, red wine, and garlic bread. Honestly, I doubted the wedding would make it to the reception.

Some weddings had bridezillas. We had a thoroughbride, and if she got it into her head to run, I wished my brother the best of luck catching her before she fled from the church. My proposal to have the wedding on a yacht, where my brother’s thoroughbride couldn’t escape, hadn’t earned me points with anyone.

The bride hated the ocean.

My brother was smart enough to catch onto my implication.

It wasn’t my fault Amy wasn’t exactly the most reliable woman in the world when it came to marriage. Once was a fluke. Twice was a trend. Five incidents of running from the wedding was evidence the thoroughbride would strike again, and my dear old brother would be saddled with the fifty thousand dollar bill, as he refused to believe Amy would run out on him.

Oh, no. Amy would never run out on him. 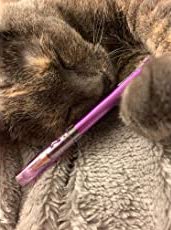 Bernadette Franklin is a figment of imagination owned and operated by two cats, a few plants, and a human.