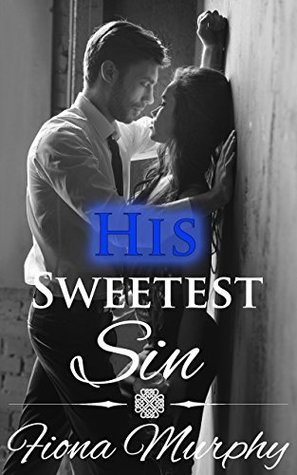 I can’t believe it. Christopher Baldwin, the baddest boy in baseball, wants me. Amelia Bishop…I was maybe a solid seven before an accident changed my life, leaving me fat, broken, and avoiding mirrors. If he hadn’t said it with a stare hot enough to melt brain cells, I would never have believed him when he told me my curves are what he wants.

An arrogant a$$hole with tattoos, a diamond glinting in his ear, and a dirty mouth promising wicked things, Chris Baldwin is no boy. Chris is all man, and a lethally gorgeous one at that. With dimples flashing as he invites me to sin in a slow Southern drawl, I’m trying to remember I don’t swoon, sin, or—wait, what? I forgot not to stare directly at his dimples, and those bright blue eyes aren’t safe either. Sorry, as I was saying.

As appealing as the idea of sinning with Chris is, there is no doubt in my mind I would fail miserably at it, even under his expert tutelage. Chris has been on a steady diet of strippers, women who have all the right moves. Me, I have no moves at all. Chris is major league; I would get laughed out of little league.

I’m also his lawyer, at least until my brother, Ethan, comes back from vacation. Getting involved with clients is a huge no-no, no matter what primetime television might show. As gorgeous as he is, Chris isn’t worth the possibility of hurting my career or losing the hard-earned respect of my boss and brother.

Only I can’t deny he makes being bad sound so good. Once Ethan is back I’m no longer Chris’s lawyer and it’s open season on all my good intentions. Being with him is still dangerous, as his fame attracts all sorts of trouble. Who knows what complications could tear us apart?

I don’t like to watch sports, although I do enjoy watching beautiful men sweat. I’ve never read a sports romance before. Chris Baldwin isn’t just a bad boy, he’s a man falling in love with a sassy, damaged, curvy woman, and he also happens to play baseball. When I started writing, I did do my research. I watched the winning series that inspired the story. I watched a bunch of movies and spent hours on Wikipedia. Then I scrapped the paragraphs waxing lyrical about the love of the game and stuck with what I know. My billionaires don’t lay out the inner workings of their deals. I figured less is more. So, please be aware the focus is not on the love of the game—it’s on the love story.

His Sweetest Sin is FREE for a limited time only!

Chris runs his fingers over the back of my hand, fracturing my breath. “I don’t like seeing you smile at other men while you tease them. Even if you don’t mean anything by it.”

Excuse me? “Tough.” I spit the word out. “I didn’t ask for your interest. If you have a problem with me chatting with someone even though you know I don’t mean anything by it, then fuck you.”

His breath is a slow release, then he smiles. I’m hit in the chest by the heat in his eyes. “Amelia.” It’s that slow drawl again, wrapping around every letter. “I love the way your eyes go from hazel to a glittering green with anger. They do that when you’re aroused, too. All I can think of is what color they’ll be when I’m inside you. And it’s exactly why I want you so badly. You appear sweet and soft, only you hide a core of steel. It makes me wonder what else you’re hiding under your sweet, good girl façade.”

Exasperation with him, with what he’s doing to me has me rolling my eyes. “You want me because I didn’t fall at your feet the moment you said you wanted me. I’m a glitch in your Matrix, so you’re fascinated by it. Once I fold you’ll find something else shiny and new to play with.”

Tilting his head, he laughs. “Damn, you have a mouth on you. A glitch in my Matrix? I like that, I’m going to steal it. Yeah, you’re right, a huge part of your appeal is that a woman hasn’t made me wait longer than a few days in so long I can’t remember. I’m also not looking for anything more than fun for maybe a few weeks. But while I’m in it, I don’t fuck around with anyone else.” He pulls out a piece of paper from his back pocket. I open it and damn it, I’m blushing again. It’s the results from a panel of STI tests taken this morning, all negative. “I haven’t been with someone since before Christmas.” He laughs when my eyebrows go up in surprise. “Why is it hard to believe?”

“Because you said sex is like food, as important an appetite that should be fed with as much variety. I’m having a hard time believing you really went hungry for long.”

“It’s only been about two weeks. I was also twenty-five when I said that. The last few years I’ve been more into a nice sit-down meal, with a view toward quality over fast-food quantity.”

He laughs as he leans back. “Pregnancy scare. I’ve had a few rubbers break over the years, but this one was a total setup. The weeks waiting to see if she was pregnant were not good ones. I would have liked to think I was selective before then; I was wrong. Ever since, it’s only my condom every time. I also make sure she has more to lose than gain by getting pregnant.”

“So you think I have more to lose than gain by getting pregnant?”

“Hell, sugar, I don’t care if you have every intention of me knocking you up, if that’s what you want then I’m down. I think we’d make adorable baby girls.”

We both freeze as he says it, then he smiles as if the idea truly appeals to him. My stomach flips a dozen times before it stops. “I want boys, with dimples like yours. Girls are a pain in the ass.”

“Since they’ll be yours, I wouldn’t expect anything less than them taking after their mama. I figure by the time they get here I’ll be used to putting up with you and able to take them on. They can have my dimples as long as they have your smile and pretty brown hair.”

Asshole. “You are insane. Have you been checked out by a qualified mental professional?” 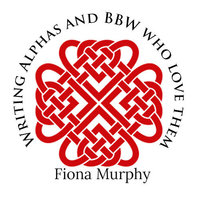 Due to commitment issues I have lived in many different cities and my favorite is Chicago but I have managed to settle into Austin and perhaps my commitment issues are behind me.
I have enjoyed reading from a very young age and it wasn’t long before the children books bored me and I read the books my mother enjoyed Stephen King and Dean Koontz and I didn’t sleep without the light on until I was about ten.
I came across my first Harlequin by accident and it was love at first read, no one died and happy endings? It was a whole new world and I loved it.
I wrote my first story at eight and everyone died, of course. Since then I would like to think I’ve gotten better and now I’m writing the happily ever afters I first fell in love with, with some hot sex thrown in along the way.
As a plus size woman myself, I have started writing the stories I always wanted to see myself in but never did. And now I’m ecstatic to give BBWs the happily ever afters with hot Alphas they so rarely get.