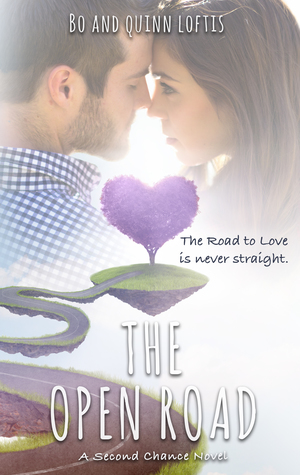 Like all young couples, Jason O’Neal and his wife, Bethany, imagined a long and happy life with their children. But when Jason loses his family to a tragic accident, his storybook life dies with them on a two-lane highway. Unable to cope with the loss, Jason makes a last-ditch effort to find peace with their deaths. He plans to fulfill Bethany’s dream of visiting all fifty states, leaving mementos of his family along the way.

Samantha Showalter knows heartache after being left crying in an empty parking lot at the end of a three-year, abusive relationship. Seven months later, she’s rebuilding her life through sheer force of will, until her ex-fiancé shows up at her doorstep unannounced. But Samantha’s best friend has a plan to help Sam let go of her past once and for all … and finally find herself again.

Fate, with a little help from a meddling best friend, will bring two broken souls together. Both have their own valleys to cross before either can hope for a future of happiness.

Will Jason and Samantha find peace in each other, or will their past pain be too much to overcome?

The answer will be found on the open road.

Just then, Sam heard a loud knock on her front door. She sat still, thinking maybe the knock had actually been on the apartment door next to hers. An emaciated old hippie named Skip lived there, and he received all manner of strange visitors. It was not uncommon for one of them to knock on Samantha’s door by mistake. When Skip wasn’t hiding behind his dark curtains, he spent most of his time sitting in a lawn chair on the stoop smoking nonfiltered cigarettes and petting his elderly cat Mrs. Kush Kush.

The knock came again. No, that was definitely on her own door. Who in the world could that be? She sucked in a breath as she remembered Henry and his bizarre statement about knowing their future. Could he have found out where she lived? Not that it would be hard. Samantha was pretty sure you could find anyone you wanted on the internet. The knock came yet again, a little more insistent this time. Still, she didn’t move. It was Sunday, almost noon. She wasn’t expecting anyone. This had to be some stupid door-to-door salesperson or maybe a religious nut just out of church and all fired up. Or it’s a crazy, psychic nut who’s obsessed with you, she added in her mind, choosing not to voice that out loud and somehow make it come true. Not that she was superstitious but why not play it safe, just this once? She wasn’t going to answer it. They’d go away in a minute.

The knock sounded for a fourth time, even louder this time. “Dammit,” she swore and threw the blanket off her body. She was annoyed enough now that she was able to tamp down any fear she might have been feeling a moment ago. Samantha lumbered up and stomped into the living room so loudly she probably made the pictures rattle in the apartment below her. She paused at the door and looked down at herself, noticing her breasts were about to come tumbling out of the top of the red shirt she’d been wearing the night before, which was stained and wrinkled. Her throat was on fire. Her mouth tasted like she’d eaten a raw dragon liver, and she could only imagine what her hair must look like.

Samantha yanked the shirt up as high as it would go. She briefly thought about quickly freshening up, or at least brushing her teeth, but then she might miss the chance to read the riot act to this jackass pounding on her door. And if it was Henry Hyena, she was going to make it perfectly clear that he was creeping her the hell out and he needed to stop. Sam was going to make this fool pay for dragging her out of bed—well, off the bedroom floor, anyway—on what should be a very relaxing Sunday. The knock came again.

Damn it! It’s my first day off in three weeks. I’m SO not listening to a sales pitch about satellite TV! This asshat is getting a piece of my mind!

Samantha unlocked the door and yanked it open. Everything she’d been planning to say froze in her throat as she stared up into the eyes of the man at the door.

“Nice shirt,” said Derek, grinning like a Cheshire cat. And Samantha vomited all over his shoes. 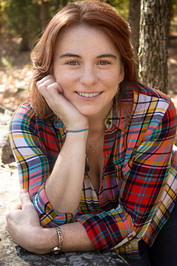 Quinn Loftis is a multi-award winning author of more than 20 novels, including the USA Today Bestseller, Fate and Fury. In a previous life, Quinn was a nurse, but God had other plans for her. In 2011, she published her first novel, Prince of Wolves, and the rest, as they say, is history. Quinn is thankful to God and gives Him all the glory for her amazing life and family. She is blessed to be married to her best friend for over 19 years and they have three boys, two dogs, and a cat that wants to take over the world.
Author links:
Website / Goodreads / Facebook / Twitter
Bo Loftis is an attorney turned novelist who recently penned his second novel, The Open Road, with his USA Today Bestselling author wife, Quinn Loftis. Bo lives in the Arkansas River Valley, where he deftly toes the line between gamer and jock, splitting his time between gaming (both board and video) and playing basketball, mountain biking, and acting as a color commentator for local high school football games. He has three sons, each of which love to use him as their own person jungle gym, and he wouldn’t trade them for the world.