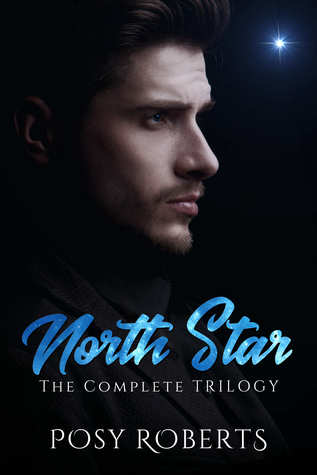 A romance with a seventeen-year intermission. Love that’s worth the wait, and now a family to fight for.

Hugo and Kevin were best friends and secret lovers back in high school, but love came too early for them to make a solid commitment. College, other relationships, kids for Kevin, and years got in the way, but a chance meeting at a lake in the middle of nowhere proves the spark that first drew them together remains. Seventeen years later, life is a lot more complex, but falling in love again is easy.

In Spark, Hugo and Kevin attempt to rekindle their relationship while overcoming the obstacles of coming out, divorce, and parenting. Second chances at lost love are rare but worth it. In Fusion, Kevin and Hugo make plans to blend their lives, but bleak news changes everything. Building a future together is still a priority, but only if their relationship can survive. And in Flare, Hugo and Kevin seek stability for themselves and the kids after tremendous loss. They never expected family and friends to toss obstacles in their way, but they are determined to fight for their happily ever after. 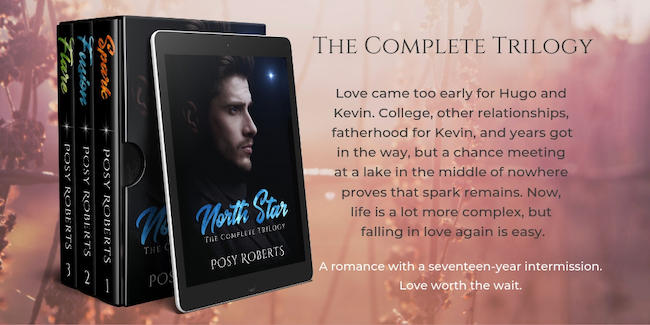 Seventeen years after their last kiss, a second chance…

They’d been good together, Kevin and Hugo. Not just back in high school, but also last night. It was as if their bodies knew exactly where to pick up, like they’d only left each other a day or two before rather than years ago.

Hugo pressed his fingers to his mouth, but a knock at the door startled him.

“Do you need a toothbrush?”

“If you have a spare, sure,” he said as he opened the door.

“This is the only one I could find.”

“Thanks.” Hugo tore into the package, unwilling to take his eyes off Kevin. He looked more rested than Hugo. Kevin smiled.

“Toothpaste is in . . .” Kevin gestured but then walked in and retrieved it from a drawer. “Here.”

Hugo loaded the bristles, nodded, and turned to brush his teeth. Kevin stood in the doorway for a few extra seconds but then slipped away.

He spent a few minutes brushing, lost again in thoughts of the previous night before spitting and rinsing his mouth. When he looked down, he saw a redheaded princess on the handle.

No wonder it felt so small in my mouth. It’s a kid’s toothbrush.

Hugo turned off the faucet.

“Kevin,” he called out, “where should I put this? Maybe take it with me?”

“No, you can leave it on the counter.” Kevin appeared in the doorway with a teasing smile. “It can be yours. I’ll label it so you can use it the next time you come to the lake.”

Hugo gave a small snort of laughter, liking the sound of a next time.

“Do you have kids?” he asked warily.

Kevin looked to his bare feet, then back to Hugo’s eyes.

“Oh.” That’s all Hugo managed, not sure what the hell happened to his tongue, let alone his brain. It was as if his brain flipped to a television station with only static.

“That’s why I’m going to Fargo today. They’ve been spending time with my ex at her parents’ house.”

“So you’re a dad?” Hugo’s brain barely took in a few images beyond the static.

“Yep,” Kevin said with a cocky smile. “That’s generally the title you take on when you’ve fathered children. Does that surprise you?”

Hugo blinked several times, looking into the familiar midnight-ringed gray of Kevin’s eyes as if that would bring back feeling in his fingers and clarify things in his head. Did it surprise Hugo that Kevin was a father?

“No. No, I suppose not. You always had your life pretty well laid out. Or your parents did.”

“And I did everything they wanted. I went to the college they wanted me to, got the degree Dad said was worth something, found a job in a field he approved of, married a smart, beautiful woman who was my best friend, and had a couple of great kids with her. Unfortunately, the marriage didn’t last, but I got two amazing children out of the deal. I’d like for you to meet them. My kids, that is.”

Kevin laughed. “Why not? They’d love you. Not to mention, I think I’d like them to meet the man who changed my life.”

Hugo took a step back. “What are you talking about? I didn’t change your life.”

“The hell you didn’t. Before I met you, I was my dad’s pawn in everything. It wasn’t until I told you how angry I was that I stood up to him. Only on little things at first, but I rebelled in my own way. I never would’ve done that without you. After he died, I finally made the changes I needed to make.”

Kevin pressed a kiss between Hugo’s brows, causing the creases there to melt away. Kevin whispered as his hands warmed Hugo’s back. “You were so much more significant in my life than I ever let you know. Probably more than I even knew at the time. I took you for granted, but you changed me. When I was with you, I was just Kevin. I wasn’t Kevin Magnus, son of the great Peder and Linda Magnus. I was just plain ol’ Kevin, and you liked me for who I was.”

“Of course I did.” Hugo pressed a kiss in the slight cleft of Kevin’s chin. It felt natural to kiss him like this, uninhibited. “You were easy to like, most of the time.”

“That was different for me, you realize, someone liking just me.”

“You probably would’ve experimented in college.”

Kevin shook his head and drew Hugo closer, pressing a kiss in front of his ear. “No. No, Hugo. Don’t you see? I already knew I was bisexual in college, and not once was I with another guy. You were it. You were the only one who made me feel brave enough to go against my father. No one else in my life even knows about this. Not even my ex.”

Hugo pulled away as he asked, “Then why on earth would you want your kids to meet me? If this is still such a secret, why risk that? We barely know each other.”

Kevin reached for Hugo’s hand and held his fingers tight. “I didn’t say I wanted to introduce you as my ex-boyfriend . . . as anything more than my friend. Geez. Wow. That sounded bad, didn’t it?”

“God.” Kevin chuckled, flustered. “No. I guess what I meant to say is I’d like to spend more time with you.”

“I can’t believe I let things get away from me last night. I rarely hook up like that.”

“So am I.” A frown marred Kevin’s gorgeous face.

“It’s certainly not unappealing seeing you again.” Hugo stepped in close and played with the button in the center of Kevin’s chest. “Let’s not go so fast though.”

“I got carried away last night. I’ve never done anything like that before, but it was you. It was Hugo Thorson.” Kevin smiled and ran a thumb down Hugo’s temple, tracing his jaw until his fingers pressed below Hugo’s chin. Kevin directed Hugo’s mouth to his own and whispered, “Hugo Thorson,” again.

They kissed slow and sweet, velvet tongues licking into open mouths and sliding against each other, but it didn’t deepen or turn desperate.

“I can’t believe I ever walked away from this,” Kevin said as he rested his forehead against Hugo’s and closed his eyes. 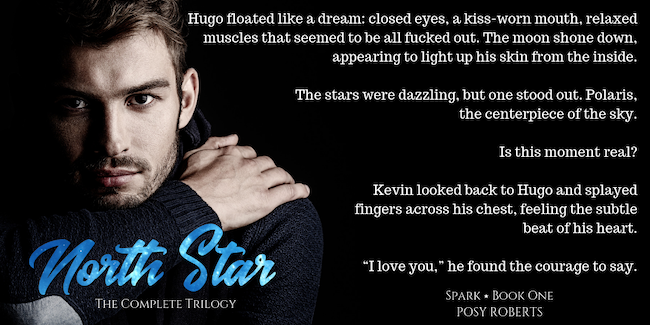 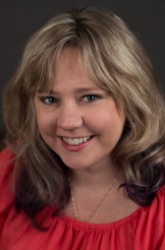 Posy Roberts started reading romance when she was young, sneaking peeks at adult books long before she should’ve. Textbooks eventually replaced the novels, and for years she existed without reading for fun. When she finally picked up a romance two decades later, it was like slipping on a soft hoodie . . . that didn’t quite fit like it used to. She wanted something more.

She wanted to read about men falling in love with each other. She wanted to explore beyond the happily ever after and see characters navigate the unpredictability of life. So Posy sat down at her keyboard to write the books she wanted to read.

Her stories have been USA Today’s “Happily Ever After” Must-Reads and Rainbow Award finalists. When she’s not writing, she’s spending time with her family and friends and doing anything possible to get out of grocery shopping and cooking.