We’re celebrating the release of DRIFTER by Kristy Marie! One-click this steamy romance today! Catch up on the series while it’s on sale! Details below.

Blurb:
Bianca
Pretty things don’t distract me. In my line of work, a distraction will get you caught. Or in my case, blackmailed. But this isn’t the only time I’ve been hustled, and soon Connor Hayes will learn that men are only pawns in my end game. I don’t love. I hate. Even a pretty boy like him.

Hayes
Two wrongs don’t make a right. Except when they are five-foot-seven and hotter than my exhaust pipe. So, I blackmailed her. It was either that or turn her in. And if anyone was going to put her in handcuffs, it was going to be me. Bianca Morgan stole the only woman I’ve ever loved. It’s only fair she replace her. 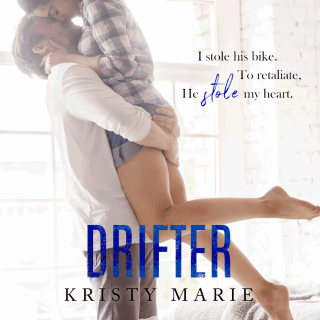 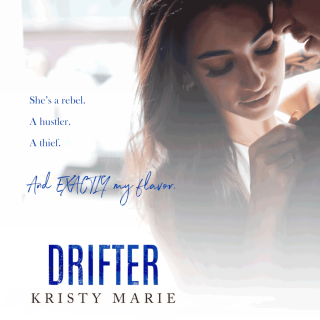 Catch up on the rest of the series!

A self-proclaimed reader enthusiast, Kristy started her writing journey back in 2009, reading and writing when her daughter was napping. Establishing her place in Corporate America (because something had to pay the bills), writing became her dirty, late-night secret.
After eight long years, she released her debut novel, Commander in Briefs. It was a long road, but she can honestly say, the road less traveled had the most beautiful sights.
The only thing Kristy Marie loves as much as reading and writing is sports! Especially those that require muscles and a nice ass. Her favorite is, and always will be, baseball. She’s such a fan, that she even married her small town’s high school’s centerfielder where they still live with their three badass kids.
Website
Facebook Author Page
Twitter
Instagram

Welcome Back to Hillcrest!
★★NEW HOT RELEASE!★★
★★COVER 🤠 REVEAL★★
✨✨ COVER REVEAL! ✨✨
“Rife with uproarious moments and banter that sings, this scorching contemporary will captivate Madden-Mills’s fans.” —Publishers Weekly
I hope everyone is enjoying Christmas and the holidays!!!