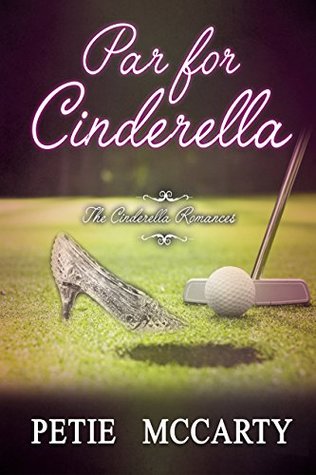 Billionaire Aidan Cross longs to escape his life of celebrity and become a regular guy, if only for a brief time. His chance comes when his yacht breaks down near quaint Cypress Key, Florida—the site of his planned five-star golf resort. The golf resort no one in town wants.

Casey Stuart has given up her dream of escaping to the big city. She refuses to desert her uncle, even when he hires the new stranger in town to replace her at their golf course. Casey vows to steer clear of the stranger called Aidan and the danger their inescapable chemistry provokes. Aidan’s stay is temporary, and falling for him promises only heartbreak.

When Casey discovers Cypress Key’s mayor is making underhanded business deals, she ends up on the wrong side of the powerful autocrat. Aidan steps in to rescue her, but secrets from his past threaten to bogey their newfound relationship.

The beauty looked right at him. She’d no doubt sensed his boat’s arrival. No frown, though her eyes widened almost imperceptibly. If he hadn’t been staring into them, he may not have noticed. Maybe the boat slip was open for rental.

Aidan knew he turned women’s heads without trying, and mostly it annoyed him. Because the aforementioned women then made a pass at him. He wanted to be the chooser in any hookup. This particular beauty could stare as long as she wanted. Instinct assured him he could still be the chooser here.

The blonde stole his breath. He wasn’t usually a go-after-blondes guy, except for the brief crush he’d had after meeting Rhett’s wife Lily, though she wasn’t yet Rhett’s when Aidan met her. He could make a second exception for this fresh-faced beauty.

Her green eyes reminded him of twin emeralds, visible even from here. Eyes that bored into your soul and squeezed at your heart. Despite the desire tugging at his body, his faithful instinct suddenly cried out, This woman will be important to you.

His little tour guide hopped from a bench to the gunwale with grace and then tiptoed down the narrow ridge to the stern. He couldn’t help but grin at her athleticism and balance. Her eyes never left his, though his may have wandered down to her beautiful tanned legs and back up.

She stopped dead. Her lips, luscious and a perfect pink, twitched and then stretched into a smile.

Aidan’s heart threatened mutiny if he didn’t get closer. The woman was gorgeous.

How rosy could he make those lips with a properly-delivered kiss?

Aidan heard the whine of an incoming boat. Ignored it. Assumed the craft would scoot to one of the multitude of slips and docks on the other side of the boat ramp. Plus, he refused to take his eyes off his smiling tour guide just yet.

Assumed, as the saying went, often made an ass of me.

The large incoming pleasure craft swooped to a blunt landing on the other side of the dock by throwing the powerful engine into reverse to halt forward motion. The subsequent tsunami-sized wake had no such reverse or brake and pitched his boat and the tour vessel up on a roiling crest and back down, sending his green-eyed girl into a dive.

Grabbing for balance himself, he couldn’t tell if she made a clean entry. He scrabbled toward the bow of his boat.

The water looked to be six or seven feet deep at low tide. The beauty should have surfaced. He kicked off his shoes and went over the side at the spot where she went down. The fool driver of the errant boat hollered, “Hey!” but Aidan kept going.

The dark marina water made it hard for him to see her. Aidan went by feel more than sight when he searched. Precious seconds elapsed until his hand felt a sneaker. He tugged the beauty’s motionless body from beneath the darker shadow of the tour boat and bolted for the surface.

Forcing her head above water, he made a straight shot between the boats and under the dock—only possible, Thank God, due to low tide—and gained his footing at the base of the boat ramp. He swung the girl up and into his arms.

When he reached shallower water, he angled her front first over his arm. She coughed twice and spit out a couple mouthfuls of seawater. At the top of the ramp, he stepped up onto the dock, then knelt and laid her down prostrate, ready for CPR.

He put an ear to her chest. Grabbed a limp wrist and felt for a pulse, then heaved a sigh of relief at her slow but steady heart rate. She coughed. He put his ear to her nose and mouth and detected breathing. Shallow, but air in and air out.

Come on, baby. Open those beautiful green eyes for me.

“You there!” The late boat arrival glared down at him.

Aidan ignored the jerk and scooped the unconscious woman into his arms, ready to sprint for the parking lot for a ride or directions to the closest doctor or hospital.

An arm grabbed Aidan and swung him around. The jerk was tall, only a couple inches shorter than Aidan’s six foot three. Had the look of a football player going to seed with a belly paunch already committing a false start. Dark-haired and glowering . . . a fight picker who now blocked his path. Aidan had no time for this.

“Don’t you touch her!” Jerk shouted.

“I’m taking her to the nearest doctor,” Aidan hollered back at him, “and you’re going to tell me where that is.”

“You’re not taking her anywhere!”

“That your boat?” Aidan nodded at the newly arrived sleek speedboat just to clarify.

“You don’t know how to drive a boat, you knocked her into the water, and you deserve this!” Aidan planted a foot in the ass’s gut and booted him backward into the marina’s dark water. 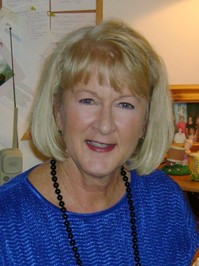 Petie spent a large part of her career working at Walt Disney World — “The Most Magical Place on Earth” — where she enjoyed working in the land of fairy tales by day and creating her own romantic fairy tales by night, including her new series, The Cinderella Romances. She eventually said good-bye to her “day” job to write her stories full-time. These days Petie spends her time writing sequels to her regency time travel series, Lords in Time, and her cozy-mystery-with-a-dash-of-romantic-suspense series, the Mystery Angel Romances.

Petie shares her home on the Cumberland Plateau in Tennessee with her horticulturist husband, a spoiled-rotten English Springer spaniel addicted to pimento-stuffed green olives, and a noisy Nanday conure named Sassy who made a cameo appearance in Angel to the Rescue.

My first five books released by the now-closed Desert Breeze Publishing–Everglades, Catch of the Day, No Going Back, Angel to the Rescue and The SEAL’s Angel–are temporarily unavailable while I change publishers. You can contact me at petiemccarty@gmail.com for updates on their re-release.