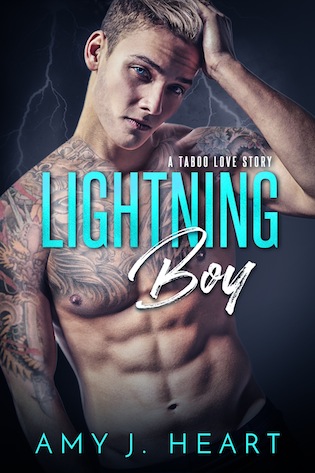 My name is Eden and I only want one thing in life—and it isn’t to have sex with some guy I’ve never met in front of three creepy businessmen. But when dirty-copper Coop, who holds the deed to my family’s farm, says jump—I ask how high. And ex-street kid L is nothing like I expect him to be.

He’s so much worse.

My dad’s farm back.
To know why a guy as hot as L has never slept with a girl before.
Coop to die a painful death.

And there’s a fourth. Here’s a hint…
It starts with the letter L.
Just like this story does.

Is happy-ever-after possible when your meet-cute happens in front of three voyeurs in business suits?

Before Sam died, he passed on two pieces of advice. One good and the other just plain weird.

The good: if your heart aches every single time you look at someone—run and run fast—because it probably won’t end well. It sounded fair enough at the time, considering what he’d gone through with my mother. She left when I was three.

And the weird: lightning never strikes the same place twice. Sorry? Was that even true? I suspected a little Googling would shoot that one down fast, but I didn’t pull out my cell to check. That would be a waste of time. And Dad didn’t have much of that left.

Out of all the corny lines he could’ve chosen to pass on to his teenage daughter, those two were kind of lame. I longed for precious words I could hold close to my heart, pretty words that I could cling to over the years. So to be honest, I was disappointed.

I nodded obediently and kissed his gaunt cheek. Then in the rundown cottage on our ramshackle lavender farm, I slumped over the bed, watching the cancer chomp away at his body, and decided that the disease must have finally reached his brain.

Why else would he waste his precious breath spouting mad theories about lightning?

After he’d fallen asleep, I called his oncologist. And within the fortnight, Dad was dead.

Then a whole six years later, it only took one meeting with a boy called L for me to realize that my father had been dead right, no pun intended, about the heartache bit. One look at that guy and he got under my skin, tore my heart out.

And not long after making L’s acquaintance, I knew for sure that Dad had been wrong about the second thing—about lightning.

It could strike the same place twice. And the same person, too.

I was hard evidence, because that boy was Lightning with a capital L. And he blew me into pieces several times over.

And one horrible day, when I knew L a little better, I stared into his furious neon eyes that were way too close to mine, and all I could think was—why? Why the hell hadn’t I run and run fast? 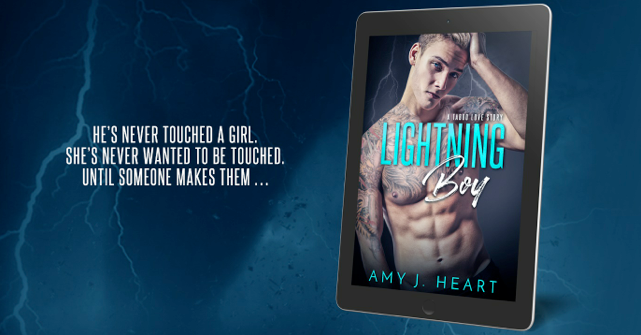 Amy J Heart adores damaged bad-boys in dire need of redemption. Heavy on grit and steam, her stories explore the duality of life. She’s a little obsessed with the idea that things are never quite what they seem. She loves indie music, mad hair colors, nuclear strength coffee, Siamese cats, and guys with long hair. But not in that order!