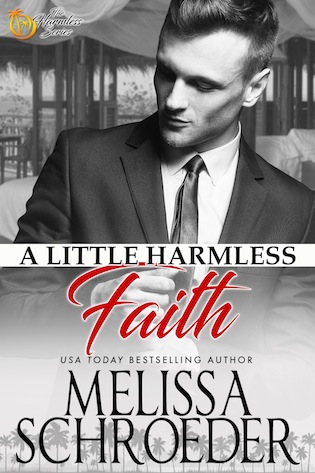 What can a Dom do, when he realizes the one woman he could never live without in business is the woman he needs in his bed?

Jensen Wulf has everything a man could want. Money, power, and more women than he can count. Unfortunately, the one woman he needs is the one woman who is off limits. His personal assistant practically runs his entire family business and any entanglements with her would be a mistake. Still, his infatuation turns to obsession when he realizes she is secretly a submissive.

Nicola McCann knows dreams don’t always come true. She walked away from an olympic career and knows there is no future for her and Jensen beyond the job. It doesn’t stop her from fantasizing about him. He is the ultimate Dom and the sub in her wants him more than her next breath. When he discovers her secret, she gives into her needs with one rule: their D/s relationship ends when they leave Hawaii.

That agreement doesn’t keep either of them from falling in love, even though neither of them will admit it. When someone starts taking potshots at Wulf Industries and Nicola gets caught in the crossfire, both of them will learn that there are worse things than admitting love.

>>Warning: This book contains two hard-headed lovers, many nasty quips, uncovered secrets, Hawaiian scenery, a trip to Rough n Ready, spankings, and scenes so hot you might need an ice cold shower when you are done.

“What are we going to do about this?”

She held her cup against her lips and studied him. “What?”

That was the way she was going to play it? The woman really was a piece of work. Jensen had to hand it to her. She was always so controlled, and now he knew she was a sub, she was too wonderful to resist. He hated subs who gave over too easily, and from the way this conversation was going, Nicola definitely wouldn’t be easy at all.

“This heat between us.”

Something flared deep in her eyes, but it was gone before he could figure out what it was. “I think you are mistaken.”

Every word was enunciated with precision. It was a direct challenge, and the Dom in him couldn’t—wouldn’t—let it go.

Instead of responding, he rose from his chair and walked around the desk. He took her coffee out of her hands and set it down behind him. Suddenly, he grabbed her hand and yanked her out of the chair. Her eyes widened as he slammed his mouth down on hers. She resisted for a second or two…then she moaned.

Her eyes fluttered closed as she opened her mouth to him. Jensen dove in, taking complete possession. She tasted of the coffee she had just drunk—and surrender. He lifted his hands to her face as he slanted his mouth over hers. The moment he felt her tongue slide against his, his entire body lit up. She slid her hands up his back as he took a step closer. Her entire body was pressed up against his. He shuddered as need took over. He wanted her, now, on his desk. It had been years since he’d felt like this. The overwhelming need to conquer, to have her at his mercy.

He forced himself to pull back. Her eyelids rose revealing eyes blurry with passion. He couldn’t find fault with her. His heart was beating out of control and his cock was standing at attention.

“Tell me now that there isn’t anything between us.”

Born to an Air Force family at an Army hospital, USA TODAY Bestselling author Melissa Schroeder has always been a little bit screwy. She was further warped by her years of watching Monty Python and her strange family. Her love of romance novels developed after accidentally picking up a Linda Howard book. From then on, she was hooked. She read close to 300 novels in one year and decided romance was her true calling instead of the literary short stories and suspense stories she had been writing. After many attempts, she realized that romantic comedy, or at least romance with a comedic edge, was where she was destined to be.

Influences in her writing come from Nora Roberts, Jenny Crusie, Susan Andersen, Amanda Quick, Jayne Anne Krentz, Julia Quinn, Christina Dodd, and Lori Foster. Since her first release in 2004, Melissa has written close to thirty short stories, novellas and novels released with seven different publishers in a variety of genres and time periods. Those releases included a 2005 Eppie Finalist, Two Capa finalists, and an International ebook best seller in June of 2005. Surrender was named top Category Romance by Authors After Dark, and she was named Author of the Year and Most Accessible Author.

Since she was a military brat, she vowed never to marry military. Alas, fate always has her way with mortals. Her husband is an Air Force major, and together they have their own military brats, two girls, and an adopted dog-daughter. They live wherever the military sticks them, which, she is sure, will always involve heat and bugs only seen on the Animal Discovery Channel. In her spare time, she reads, complains about bugs, travels, cooks, reads some more, watches her DVD collections of Arrested Development and Seinfeld, and tries to convince her family that she truly is a delicate genius. She has yet to achieve her last goal.

She has always believed that romance and humor go hand in hand. Love can conquer all and as Mark Twain said, “Against the assault of laughter, nothing can stand.” Combining the two, she hopes she gives her readers a thrilling love story, filled with chuckles along the way, and a happily ever after.

To keep up with all of Mel’s happenings, make sure to subscribe to her newsletter: http://eepurl.com/N2iob